The Trustees and staff of Clapham Park Project are still grieving over the sudden death in August of their Chair, Donna C. Henry MBE. We know that Donna is sorely missed in Clapham Park and the wider community.

One of our trustees submitted an obituary to the Guardian and this was published online on 26th November and, in a slightly different form, in the newspaper itself on Saturday 12th December.

The obituary can be found below, and on the Guardian website here. 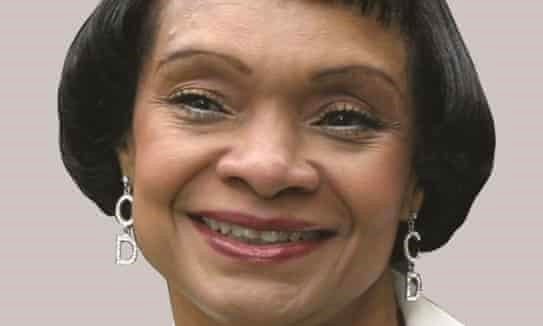 My friend and colleague Donna C Henry, who has died suddenly aged 66, was a committed community activist working to improve the lives of people on the Clapham Park estate in south London.

In the late 1990s, Donna and a group of fellow residents brought the social, economic and housing problems of the Clapham Park estate to the attention of Lambeth council. They persuaded the council to choose Clapham Park as its New Deal for Communities (NDC) area. Donna joined the board of Clapham Park Project (CPP), the NDC organisation established in 2000, soon becoming vice-chair and, in 2005, chair, a position she held conscientiously for 15 years until her death. By then, she had steered CPP’s transition to charity status.

The NDC was a New Labour programme intended to transform disadvantaged neighbourhoods. At Clapham Park, much of the investment went into upgrading the housing stock. In 2006 Clapham Park was transferred into the control of a resident-led housing association and it is now managed by Metropolitan Thames Valley Housing Association.

Since then, more than 1,500 new or refurbished homes have been completed. There is a new nursery school, community centre and shop. It is now a much safer and more pleasant place to live. In 2011, Donna’s work was recognised when she was appointed MBE.

The eldest child of Gwen Lindo and Kenneth Mills, Donna was born in St Kitts in the West Indies, and spent her early childhood there in the care of her grandmother. At the age of eight she moved to join her mother in north-west England, and was educated at Higginshaw county primary school and Hathershaw secondary school in Oldham. Later she moved to London to work as an ophthalmic nurse, eventually settling in Clapham Park. She had two children, Malana and Tshan, and married Kenneth Henry in 1988.

As well as her work for the CPP, she sat on the board of the estate’s housing association. She devoted herself to ensuring that the regeneration programme would remain true to the community’s vision for the area.

The estate development project was not without its setbacks, not least repeated delays in funding.  Some aspects of the regeneration were not entirely successful; and Donna was personally affected. But through all those vicissitudes, she maintained her good spirits.

Kenneth died in 2001. Donna is survived by Gwen, Malana and Tshan, and five grandchildren, DeVaughn, Chanté, Tyreece, Shakyra and Tisharna, and by four brothers, Garrett, Erroll, Colin and Kenneth, and three sisters, Amoy, Wanda and Diana.

C.P.P’s mission is “To help create safe, welcoming and sustainable communities whose members are better able to access the support and help they need, and to develop the skills and confidence to transform their lives.  We seek to help currently disadvantaged communities, and the people in them, realise their full potential”.

We will do this by mobilising and engaging with local people and by seeking funding (public and private) for projects and intervention which facilitate community regeneration, growth and general wellbeing.

Our mission can be summarised as:

Clapham Park Project is recruiting for a local  resident, who has a passion for working with local people to develop projects and activities, do advocacy and provide support advice on their needs and issues.

Also to promote the work of the Community Chest and co-ordinate projects i.e. Job Search Help with  Application Forms CV’s Debt Advice Welfare Rights.    The contract will be fixed term for a period of 6 months, on a part time basis(16 Hours per week by arrangement) and based at Clapham Park Project.  Training will be on offer leading to an IAG Qualification Level 2/3